Cody Anderson is exclusive to Goanimate and never appeared in the actual Caillou tv show. He is a member of the Anderson Family. He is the 4th child of Boris and Doris and the younger brother of Caillou and Rosie.

His signature color is blue. Just like Daisy, he hates Horror Movies. He is the slimmest person in the Anderson Family. He has saccharophobia, and he is afraid of sweets and Coke. He thinks they are disgusting,and he would either run away or throw up if he sees sweets in front of his face. He would rather be slim and eat healthy food that isn't sweet.

He looks quite similar to Caillou Anderson, except for being smaller and wearing a cobalt blue shirt and a blue hat. His voice is Justin. And while Caillou is a Junior in College, Cody is a 9th-Grade Freshman in High-School, and he will graduate High-School in 2025. 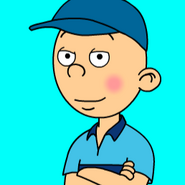 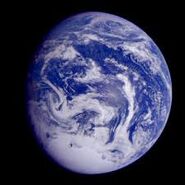 Cody In Business Friendly (No Hat)